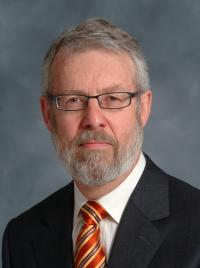 Keywords: kidney cancer, testicular cancer, bladder cancer, clinical informatics, technology assessment
Dr. Michael Jewett is a Professor of Surgery (Urology) at the University of Toronto, a member of the Department of Surgical Oncology at PMH and a clinician investigator at UHN.

Dr. Jewett was the Chairman of the Division of Urology at the University of Toronto and Head of Urology at UHN/PMH from 1991 to 2002. He remains an active staff member of each, holds a number of administrative positions and conducts his research in both institutions.

Dr. Jewett received his MD from Queen's University in Kingston, Ontario and did his residency in urology at the University of Toronto under Dr. Charles Robson. He did further postgraduate training at Memorial Sloan Kettering Cancer Center in New York City in Uro-Oncology and Immunology before returning to the University of Toronto. He has done further training in clinical epidemiology at McMaster University.
Dr. Jewett is known for his contributions in the fields of testis cancer, bladder cancer and kidney cancer in particular as well as technology assessment and clinical informatics and holds research funding from peer review agencies. He is President-elect of the Canadian Urology Association.

For a list of Dr. Jewett's publications, please visit PubMed or Scopus.