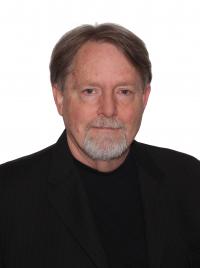 Dr. Branch’s research focuses mainly in three areas: (1) Pathogenesis of HIV infection with the aim to identify new host cell targets for design of alternative therapies for HIV/AIDS. His team discovered the first, and still only, cell-surface-expressed natural resistance factor for HIV. Dr. Branch’s current research foci aim to identify specific signalling molecules responsible for the early phases of HIV infection that can be targeted for therapy; and, to investigate reptile-related proteins as inhibitors of HIV infection. His group has demonstrated a relationship between the protein kinases, c-Src, Pyk2, ABL and ARG as involved in the regulation of HIV integration. (2) Studies of the mechanism of action and replacement of intravenous immunoglobulin (IVIG). Dr. Branch is actively involved in studies of recombinant Fc multimers and drug discovery for replacement for IVIG. (3) Role of the signalling molecules in cancers. Dr. Branch published the first description of c-Src tyrosine kinase enzyme in human T-lymphocytes and the reciprocal relationship of SHP-1 tyrosine phosphatase and c-Src as involved in tumorigenesis. He has shown that SHP-1 acts as a tumor suppressor protein in hematopoietic malignancies and, recently, he has shown a relationship between the adaptor molecule CrkL and SHP-1 and how this relationship may be lacking in chronic myelogenous leukemia, thus leading to the disease.

For a list of Dr. Branch's publications, please visit PubMed or Scopus.