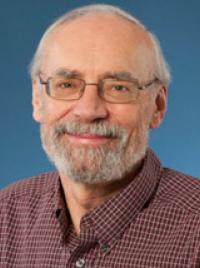 Radiation is one of the primary modalities for the treatment of localized cancer and a number of factors can influence the response of tumours and surrounding normal tissues to such treatment. These factors, which can be specific to the individual tumour or normal tissue and to their environment, can vary from patient to patient. One part of the research in my laboratory focuses on understanding how these factors control tumour and normal tissue response to radiation treatment in individual patients.

Our current work involves:
The second major focus of our research is the spread of cancer from its initial site of growth to other locations in the body (metastasis), which is a major factor influencing the likelihood of successful treatment. The formation of metastasis by tumour cells is thought to be dependent on the expression of specific phenotypes by individual tumour cells. Our research is examining metastatic phenotypes that are expressed only transiently and that may be induced by exposure of tumour cells to conditions, such as hypoxia, which occur in the tumour microenvironment. Recent clinical results have suggested that tumours that contain substantial hypoxic regions may be more likely to form metastases. We have found in animal model systems that exposure to hypoxia, both in vitro and in vivo, can cause transient increases in the metastatic potential of tumour cells and that exposure to transient hypoxic episodes may be particularly important for this increased metastatic potential. We are examining the effect of hypoxic exposure in modifying the expression of genes likely to be associated with the cancer stem cell phenotype, metastasis and tumour progression. Recent studies by our clinical collaborators have identified elevated levels of interstitial fluid pressure, a characteristic of many tumours, as another factor that may affect metastasis. We are developing animal models to investigate the mechanisms responsible for this effect.

For a list of Dr. Hill's publications, please visit PubMed, Scopus or ORCID.