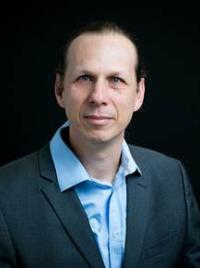 https://orcid.org/0000-0002-0392-962X
Keywords: visual processing, stroop effect, aging, cognitive function
Dr. Boaz M. Ben-David completed his Ph.D. in Cognitive Psychology in Tel-Aviv University, Israel in 2007. He was a post-doctoral fellow at the Department of Psychology, University of Toronto Mississauga, and he is currently a Senior Lecturer, at the Baruch Ivhcer School of Psychology, Interdisciplinary Center (IDC), Herzliya. He also holds adjunct faculty positions at the Department of Speech Language Pathology, and Rehabilitation Sciences Institute at the University of Toronto. He is an adjunct scientist at the Toronto Rehabilitation Institute.

Dr. Ben-David has published many papers in some of the top journals in psychology, he has been acting as a reviewer for several journals. Dr. Ben-David won several awards in the past three years, including the Kramer award for outstanding young investigator. ​Dr. Ben-David has won seven grants as a PI in the past five years. These include, a prestigious grant from the EU (Marie Curie) awarded to leading young scientists returning to Europe, and a grant from the German-Israeli Foundation.  He served for three years as the grant/project manager of a 1.3 million dollar EU-based grant on communication in aging, with five universities in different countries
Dr. Ben-David's research interests are the following:

A. The premise that reductions in the quality of the sensory input in older age will result in less efficient cognitive functioning, specifically when communicating in adverse environments (such as a noisy restaurant, or a badly lit room)
B. The complex interplay that governs the perception of emotions in spoken language in unique populations
C. Speech perception in adverse conditions in aging
D. Promoting better and more valid ways to test cognitive abilities in older age and other special populations

For a list of Dr. Ben-David's publications, please visit PubMed, Scopus or ORCID.