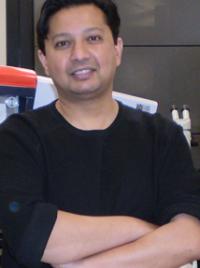 The highly diverse and complex three-dimensional (3D) structures of proteins are integral to their equally diverse and complex functions. The mechanism by which a particular protein folds into its 3D structure is encoded in its amino acid sequence. This code is essentially the second half of the genetic code, and breaking the code is the ultimate goal of protein folding research.

The protein folding problem is not only a problem of basic science, but also has important medical applications. The protein folding code will aid in interpreting genomic sequences by providing information which can be used to infer function for new genes.

For a list of Dr. Chakrabartty's publications, please visit PubMed, Scopus or ORCID.